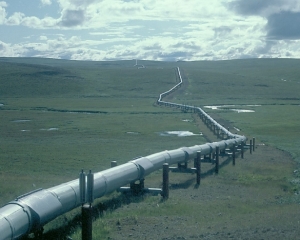 In what seems to be the mother of all displays of disingenuousness, the White House continues to manufacture excuses for why it cannot make a decision about approving the shovel-ready project known as Keystone XL Pipeline.  Designed to move Canadian petroleum to gulf states refineries more efficiently and safely, Keystone does not seem to present any material environmental risks.  In fact, the current transit alternative means shipping oil by rail — possibly causing a greater risk to public safety AND the environment.

Under the standing Executive Order issued in 2004 by President Bush, the government will permit a cross-border pipeline if the Department of State determines that authorization is in the “national interest” — a complex stew of factors including economic, diplomatic, national security, and cultural issues, among others.

What really irks me are the senseless debates about whether the project creates “enough” economic benefit.  Why should this issue matter at all?  Unlike most of the President’s misguided ideas for spurring the economy, Keystone XL is a project that is privately financed.  TransCanada should be free to invest its capital as it sees fit, provided it is not causing material harm.  If the pipeline helps the economy in a material way, all the better.  If not, the project is still not causing material harm to taxpayers.

The other infuriating blather relates to the debate over energy security, with at least one Democratic senator arguing that Keystone oil should be used exclusively for domestic consumption.  This argument exposes ignorance about commodity markets, not to mention the hypocrisy of the President’s claims of support for the middle class.  Restricting the trade of a commodity will create unknown market distortions and undermine the generally beneficial price reductions resulting from more generous supply in the global market.  No factor has been more salutary for the U.S. economy and our leverage versus rogue petro-states than the recent free-fall of oil prices.  Obama cynically claims credit for a trend that has happened in spite of his policies, and now he turns the fact on its head to create yet another excuse not to approve the pipeline.

One response to “Keystone XL Pipe-Dream?”