What’s in a terrible name? 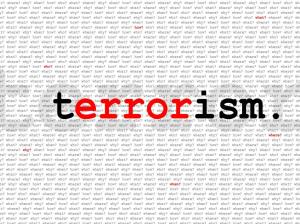 With little fanfare on Friday, Secretary of State Kerry signed an order removing Cuba from our list of state sponsors of terrorism, leaving only Iran, Sudan, and Syria with the odious designation.

Because the change reverses a number of financial and trade barriers imposed by statute, it paves the way for additional steps toward normalization being negotiated by Washington and Havana.  Opponents have railed against what they view as another unjustified concession to a recalcitrant adversary, but no one in Congress took material steps to block this latest move by the administration.

The point of the state sponsor list is to sanction countries that facilitate terrorist activity directly or indirectly.  On that count, Cuba’s continued inclusion was tenuous at best.  Cuba’s efforts to foment violent revolution abroad are largely a thing of the past.  Its presence on the list has persisted due to Washington’s animosity with the Castro regime rather than any continued material links to terrorist organizations.

So while there may be good reasons to isolate Cuba, and I have weighed in on their respective merits previously in this space, it is also a good thing that we have stopped calling Cuba a state sponsor of terrorism.

One can only hope that the rest of the world begins to show a similar fidelity to labels which are fraught with political meaning.

Let’s begin with “terror” itself.  World leaders and activists regularly throw around the terrorist moniker to discredit anyone who uses force in a way that conflicts with their political agendas.  Since March 2011 Syrian dictator Bashar al-Assad has denounced the popular uprising against his government as a terrorist enterprise requiring violent repression.  The actor Morgan Freeman decries the terrorism of police against blacks in urban America.  Even Israel, which should know a thing or two about the importance of political language, regularly conflates Palestinian guerrilla attacks against soldiers with terrorism.

Playing fast and loose with claims of terrorism undermines efforts to build a consensus among civilized people against its use.  We should be clear what terror is and what it is not.

Terrorism means intentional violence against non-combatants to further political, religious, or other ideological aims.  If the targets are soldiers, attacks may be loathsome, but they are not terrorist.  If an action is cruel or repressive, but not violent, it is not terror.  Wanton bloodshed without a political purpose may be criminal, but that does not make it terror.

When we heap derision on conduct by attaching a despicable but inappropriate label, it serves no purpose but to dilute the meaning of the label and to create daylight for justification.

Put another way, if one man’s terrorist is another man’s freedom fighter, then we have opened the door for political sympathizers to rationalize — or at least accommodate — the indefensible.  If terror is permitted anywhere, it will be possible everywhere.

For years irresponsible petrodollars have funded Islamic terrorist organizations.  Now the Gulf states are seeing how shortsighted it was to enable jihadist violence. With the rise of ISIS, the chickens have started to come home (to Saudi Arabia) to roost.

Ignorant activists, well-meaning or otherwise, stumble into this semantic sinkhole whenever they lash out at their villain of choice with reckless accusations of rape, genocide, Naziism, Apartheid, and the like.  When facts do not match the rhetoric, words lose their force, and moral boundaries become matters of opinion.