Greece can’t vote its way out 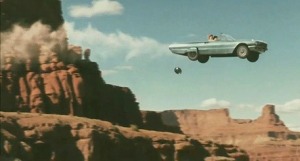 As Greeks head to the polls tomorrow in a national referendum to ratify (or defy) additional austerity measures demanded by international creditors, I can not escape the feeling that I am rooting for a “No” vote.

While I have argued here for a balanced approach to the Greek debt crisis, leftist Prime Minister Alexis Tsipras has been pushing his luck in a game of chicken he just cannot win.  His strategy seems to boil down to this:  back down or we will jump off a cliff… and take a few of our Mediterranean neighbors along with us!

Tsipras is campaigning for Greeks to vote down more budget cuts and other reforms that creditors insist are needed to justify the release of new bailout funds.  Somehow he calculates that the Eurozone will be swayed by the democratic will of his electorate, which he is agitating with provocative accusations of “criminal” behavior by outsiders seeking to “humiliate” the Greek nation.  What he overlooks is the increased capacity of the Eurozone to withstand economic shock waves of a Greek exit from the common currency.  That, as well as the fact that fellow member nations have to be responsive to their own restive populations, who are weary of supporting continued Greek profligacy.

Many analysts have sympathized with Greek concerns, insisting that austerity is a self-defeating policy because it further dampens demand and drives the economy into an ever deeper hole from which it will never escape.  Greeks have suffered enough, they insist.  Forgive debt and let Greece reopen its public sector spigots of spending.

While long-term debt does need to be restructured, more stimulus is unlikely to solve deep-seated issues with deficient Greek productivity.  Greek austerity measures to date have hardly reformed its public sector or labor markets.  The vast majority of job losses have come from the private sector, which has been crippled by ever-increasing tax burdens.  And what does it say to the people of the other struggling European economies, such as Portugal, Ireland, and Bulgaria?  The Portuguese and Irish bore great difficulties to weather the changes imposed as conditions to their own bailouts.  They know what it takes to right the ship, and they are among the least sympathetic to Greek pleas for leniency.

There would be no hope for fiscal discipline of any kind going forward if the Greeks could win concessions by threatening self-destruction.  So if the Greek public votes to support the defiant Greek government, it is signing its own European exit visa.

As George Will has argued, a Greek exit from the Euro might just be the medicine the Eurozone needs to scare its members straight.  Yes, it will establish a previously unthinkable precedent that European economic integration is reversible.  But maybe that is not such a big deal after all.  The economic dislocation of a “Grexit” will be most painful for the Greeks themselves.  Radical politicians elsewhere along the spendthrift Mediterranean coast will have to think twice before campaigning to follow the suicidal road paved by Greek leftists.