A heart is more than tissue 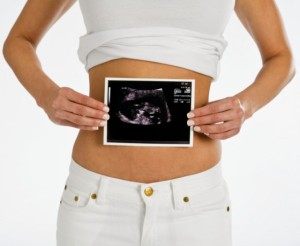 When I was a twenty-something student, a friend of mine confided how he had got his girlfriend pregnant, and how he had quickly resolved the problem by getting her an abortion.  The aborted fetus was just a little piece of tissue, he explained.  Hardly anything that looked like a human life.

With zero personal knowledge at the time to suggest otherwise, I took comfort in this straight-forward explanation.  And for many years since I have resisted wading too far into the emotionally charged abortion debate.  The moral ambiguities just did not seem acute enough to take a position against unfettered abortion rights.  After all, a policy that would force a woman to see her unwanted pregnancy to term is also not morally unambiguous.

Fast-forward a couple decades, and we see a brighter light shining on the less than comfortable realities of abortion on demand.  In a secretly recorded video published this week by the pro-life group Center for Medical Progress, Planned Parenthood executive Deborah Nucatola casually discusses methods for harvesting fetal organs during an abortion procedure.

Both sides are being disingenuous when they focus on the legality of the practice.  Whether abortion providers are “selling” organs for profit or “donating” them for vital medical research, partisans seem to be fighting a proxy battle in the bigger war over abortion rights.

A more fair-minded debate would explore the ethical quandary of harvesting fetal organs in the first place.  That harvested organs might be used for life-saving medical research in no way cleanses them of immoral provenance.  We do not condone the horrific medical research conducted by Nazi physicians during the Holocaust — of for that matter, the modern day extraction of organs from executed Chinese inmates — because the victims did not freely consent to bodily assault.

Eric Ferrero, a spokesman for Planned Parenthood Federation of America, tries to blur the issue.  “We help patients who want to donate tissue for scientific research,” Ferrero insists, “and we do this just like every other high-quality health care provider does — with full, appropriate consent from patients and under the highest ethical and legal standards.”

One would think he is talking about a pint of blood at the local blood bank.  Organs are more than tissue, and the patient who is granting consent is not the one whose organs are being harvested during an abortion.

On the video Nucatola explains how to “crush” the fetus in the just the right place — not to extract assorted nondescript tissue, but so as to preserve the vital organs, “getting heart, lung, liver… all intact.”

As a father I now do have personal knowledge about fetal development.  A baby’s heart starts to beat by about the fifth week of gestation.  By six weeks it is pumping blood, so that you can hear it on an ultrasound machine.  When you terminate a pregnancy at this stage, the fetus may not be viable outside the womb, but it is pretty hard to say it is just a piece of tissue.

The pro-choice industrial complex is so fearful of weakening abortion rights that it refuses to engage honestly on such legitimately problematic concerns.  The mainstream media is equal to the task, shaping the narrative about the video as a legal or political debate, obscuring the thorny ethical issues raised by pro-life activists.

The arc of history so often regaled by President Obama may be trending leftward on gay marriage and drug policy, but the jury is still out on abortion restrictions.  While most Americans are not keen to outlaw abortion, a significant percentage sees virtue in erecting a speed bump or two.

Why shouldn’t a fetal ultrasound be required before a woman consents to aborting her fetus?  Some percentage of women might reconsider their decision when they hear their little piece of tissue beating a hundred times per minute.

What to do about veterans healthcare

Yesterday the Senate unanimously passed The Clay Hunt SAV Act, a rare bipartisan measure designed to allocate resources for suicide prevention and other mental health needs of our nation’s veterans.  It’s hard to argue with the bill’s purpose, which is to stem the wave of self-inflicted wounds among our returning servicemen, such as the one which took the life of the legislation’s namesake.  Given the modest investments the bill underwrites, such as a peer support program and an interactive website, it’s also hard to imagine the money being squandered by the bureaucracy of the Veterans Administration.

Of course, in light of the VA’s checkered history, we can only hope this program won’t prove to be yet another disappointment.  Ever since last summer’s wait list scandals at the VA, I’ve been asking myself how our treatment of wounded warriors could get any worse.  More than once I’ve wondered why our veterans, the citizens most deserving of our compassion and support, should be shunted into an unaccountable government health care system.  Really — what’s the point?  Why do the rest of us — even those relying on government financed health insurance — have the opportunity to choose among private health care services, while our heroes must turn to the medical equivalent of the DMV.  It’s true — increasingly so — that citizens on public assistance are having a harder time gaining access to care as practitioners stop accepting Medicaid, Medicare, or Obamacare patients.  But certainly that fact alone cannot justify keeping veterans on a separate track.

As a recent survivor of a near-fatal traffic accident, I have had an intimate encounter with our nation’s current healthcare delivery system. The extraordinary care I received both to save my life and to rehabilitate my body provides a case study in the disparity between privately managed healthcare and the socialized model serving our nation’s veterans.

In May I was riding my scooter near my home in suburban Los Angeles when a careless driver in a minivan struck me during the morning commute.   I was rushed to the emergency room at Cedars-Sinai Medical Center, where the doctors performed a series of gutsy maneuvers to save my life. In addition to orthopedic procedures, I had to endure open-heart surgery and removal of my spleen.

My wife later explained to me how the various specialists consulted meticulously with one another to assess options and determine the best path forward. They patiently conferred with my wife so that she could understand their recommendations and the attendant risks. After five major surgeries and ten days in ICU, my condition stabilized, I became conscious of my surroundings, and I began my long path to recovery.

What happened next was particularly instructive about the standard of care in the system. Every professional who served me – from the most senior expert surgeons to the food service crew, treated me with skill, patience, courtesy, compassion, and diligence. At no time were my questions or requests disregarded or delayed. At no time did any person mislead me about my condition or the timing and risks of various treatments. At no time did my private insurance carrier Anthem Blue Cross deny me any coverage for the procedures, therapies, medications, and equipment prescribed by my various physicians. Simply stated, I was treated with professionalism, respect and dignity throughout my ordeal by every stakeholder in the private healthcare delivery system. There were no bureaucratic or financial impediments to my recovery.

Compare this experience with the continuing flow of reports about the incompetent, shameful, and potentially illegal conduct at all corners of the Veterans Administration.  Time and again we hear about the treachery of VA bureaucrats more concerned with lining their own pockets than caring for America’s wounded warriors. The culture of this government managed healthcare delivery system has been proven to be woefully corrupt. The VA bureaucracy lacks any accountability for its misdeeds because there is no competitive alternative for our soldiers.

In contrast, the professionals at my privately managed hospital and insurance carrier were committed to excellent patient care as a top priority. Failing to live up to that commitment would not only create a public relations challenge but also a competitive disadvantage.  Veterans deserve no less.  Instead of forcing them to use VA facilities, a better solution would be to grant them vouchers to obtain healthcare from the providers of their own choosing.

I’m not writing today about the disconcerting trends accelerated by the Affordable Care Act, but the top-down failures emblematic of the VA system should serve as a cautionary tale.  The more government controls healthcare, the worse it becomes.  More broadly, we should adopt a competitive, consumer-driven healthcare program such as the one outlined by the organization Docs 4 Patient Care (D4PC). Only when we stop treating healthcare as somehow immune from the discipline of competitive markets will we truly address the challenges of caring for our soldiers and our citizens.