You’ve got to pick a side 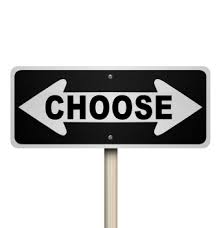 Note:  Since I originally posted, this commentary has been published on The Daily Caller.  See http://dailycaller.com/2016/05/30/youve-got-to-pick-a-side/

As I’ve told my son’s little league squad, you win as a team and you lose as a team.  If your pitcher is missing the strike zone, you don’t take your bat and ball and go home.  That will not get you to the championship.

And yet that is what a lot of conservatives are trying to do these days.

Donald Trump is now the Republican pitcher.  He is the GOP standard bearer.  Whether or not, in Paul Ryan’s words, he lives up to our standards.

It is true that Trump breaks with conservative orthodoxy on a number of issues. He embraces protectionism on trade. He refuses to address entitlement reform.  He does not say mean things about Planned Parenthood.

He also rejects traditional GOP foreign policy tenets even as he advocates for renewed strength abroad.  He disavows the war in Iraq and other neoconservative projects to implant Western democracy in places that have never known it.  He questions the relevance and viability of NATO.  He second-guesses strategic aid to countries that refuse to foot the bill.

Maybe some of Trump’s loose policy pronouncements are ill informed or shortsighted.  If so, and if he makes it to the White House, maybe he will change course.  It would not be the first time he has abandoned positions.  In fact, it is Trump’s lack of adherence to principle (not to mention a mixed history of supporting Democrats and their agenda) that has driven so many of the GOP establishment and pundit class to pledge allegiance to #NeverTrump.

Unwavering conservative principle girded the Ted Cruz campaign.  Consider where that got him.

Some of the fiercest rivals and critics of Donald Trump have been quickest to reverse course.  Last year they took turns deriding Trump as a “narcissist egomaniac” (Bobby Jindal), “like being shot” (Lindsay Graham), and as a “barking carnival act” and “cancer” (Rick Perry).  Now each has climbed aboard the Trump train.

For this, some members of the conservative punditocracy label them pathetic traitors.

What is their alternative plan?  William Kristol pines on about drafting a true conservative third party candidate.  Peter Wehner blithely promises to vote for someone else or abstain.

Mitt Romney and the Bush brothers literally commit to stay home, refusing to pay tribute to the presumptive nominee by attending the nominating convention in Cleveland.

This crowd needs to wise up.  Isn’t anything other than an embrace of Trump de facto a vote for Clinton?

Exactly.  And some implacable critics like Robert Kagan are openly planning to join the other team.

Seriously?  How can anyone who opposes the heavy-handed, growth-depressing, world-destabilizing policies of the Obama era do anything other than work to block a third Obama term with Clinton at the helm?

Many Republicans have personal animus for Clinton.  They detest the way she holds herself above the law and makes blatantly false statements to avoid accountability.  They resent the way her ruthless quest for power and wealth has trampled on helpless civilians, from the women her husband abused to the families of the Benghazi terror victims. They cringe at the sound of her voice.

But Clinton could be the most honest, gracious, and likeable public figure, and she would still usher in another span of liberal governance that undermines liberty, squelches growth, and damages American global interests.

George Will counsels conservatives to fight Trump in the general election.  Then, after a single Clinton term, the voters will see the error of their ways and come around to a principled conservative that meets Will’s standards.

How bad do things need to get before Will and others recognize that change is needed now?

Trump wasn’t my first choice either. I got over it.  The benefits of a Trump presidency far outweigh the potential flaws.  On the critical issues of Supreme Court nominations, tax and regulatory policy, healthcare reform, and homeland security, Trump is squarely better for conservatives than Clinton could ever be.

Points where I strongly disagree with Trump – trade policy and entitlement reform come to mind – are tough pills to swallow.  But again, I can’t see a Clinton White House doing any better.

Electing Trump will undoubtedly ruffle feathers in the office of diplomatic protocol.  We will see behavior and comments that we would never expect from a commander-in-chief.

Well okay.  But like I said, Trump’s on the mound now.  And I want to go to the World Series.

A funny thing happened last month while the media obsessed over presidential primary horse races:  President Obama’s approval ratings ticked up.  The latest Real Clear Politics average of polls now shows virtual parity between people who approve of the president’s overall performance and those who don’t.  This after over a year of approval deficits ranging from 5% to 8%.

As far as I can tell, nothing good has happened in 2016 to justify Americans raising their appreciation for our commander-in-chief.  To the contrary, economic and foreign policy troubles continue to weigh on the minds of voters.  By margins of 2-1, they continue to see things in our country “off on the wrong track”.

So what gives?  Why might people be softening their views of the president even as the race heats up to take his job?

On the left, the president’s approval ratings have remained consistently high, just as they remain consistently low on the right.  What’s changed is the view of independent voters.  The primary campaign must be having an impact on them.

Notwithstanding Ted Cruz’s theory about the missing conservative voter, it’s fairly well-established that these independent votes swing elections.  And while it doesn’t determine outcomes itself, the approval rating of the incumbent president is a fairly good indicator of his party’s chances in the election that follows.

Herein lies the quandary for true believers.  Independent voters make the difference, and yet they don’t line up neatly with the ideology of either “movement conservatives” or the “progressive left”.

Donald Trump generates mass appeal because he speaks to the anxieties and aspirations of people who resent the government’s failures — not those who find salvation in lower marginal tax rates.  Hillary Clinton does throw a few leftist barbs at Bernie Sanders for his more measured views of gun control.  By and large, though, while Sanders calls for a revolution, Clinton wraps herself in virtues of the status quo.

So as partisans descend into petty attacks and ideological purity tests, the president’s even-keeled demeanor begins to resonate again with the mushy middle.

The people do want change.  Most of us just won’t run off a cliff with a pied piper who divides us into camps of us and them.  Especially if too many of us find ourselves in the camp of “them”.

Assuming she dodges the criminal investigations surrounding her mishandling of classified information while serving as Secretary of State, Hillary Clinton still has a good chance to win both the Democratic primary and the general election.  Yes, people may find her untrustworthy and uninspiring, but at the end of the day she projects an image of stability that will ultimately win out over rabble rousing by the likes of Sanders on the left, Cruz on the right, and Trump in the populist middle.

You can see the outlines of Clinton’s stay-the-course strategy taking foot in her stump speeches and among her media advocates.  Supporters tout the perceived successes of the Obama administration:  ending wars, disarming Iran, increasing health care coverage, reining in Wall Street.

For a challenger to knock Clinton off her game, it will take more than piling on her negatives.  These are too easily dismissed as rants of the Fox News-talk radio industrial complex — partisan and self-serving, rather than thoughtful and substantive.

Here is where I take issue with the Trump phenomenon and ill-considered comparisons to the campaigns of Ronald Reagan.

Like Trump, President Reagan connected with the middle class.  He was an iconoclastic entertainer who mastered the media channels of his generation.

Unlike Trump, however, Reagan disarmed his adversaries and appealed to the better natures of us all.  More important, he upended the status quo by touching the minds as well as the hearts of the people.

To dislodge the liberal establishment from the levers of power in Washington, a conservative candidate must use more than sloganeering.  He or she must dismantle the fallacies of Obama era success by picking them off one by one with an unapologetic but rational and good humored argument.

Don’t give us platitudes.  Explain the reasons in a way everyone can understand.

Why does disengagement in the Middle East make us less safe at home?  Why does government interference undermine our prosperity?  Our health care?  Our ability to make ends meet?  Spell it out in plain English and don’t make us turn against our neighbors to pursue a better life for ourselves and our loved ones.

For this reason I applaud Rich Lowry for engineering National Review’s online symposium Conservatives against Trump.  To its credit, NRO assembled a diverse collection of voices, ranging from talk-radio mavericks (Glenn Beck), to neoconservative defenders of the establishment (William Kristol), to heroes of the tea party grassroots (Erick Erickson).  Each took a measured and thoughtful shot at the reality-show blowhard — his lack of principle, his authoritarian impulses, his betrayal of conservative norms.  Anyone taking the time to absorb this multifaceted critique would see virtue in backing another horse.

But pundits do not turn elections.  The candidates themselves must embrace a rational and uplifting message to match their bouts of righteous indignation.  This is why I was rooting for Carly Fiorina early on, but now her time has passed.  Of the candidates with a realistic pathway to the nomination, Marco Rubio is the only one who fits the bill.  If Republicans hope to win back the White House, they better fall in line.